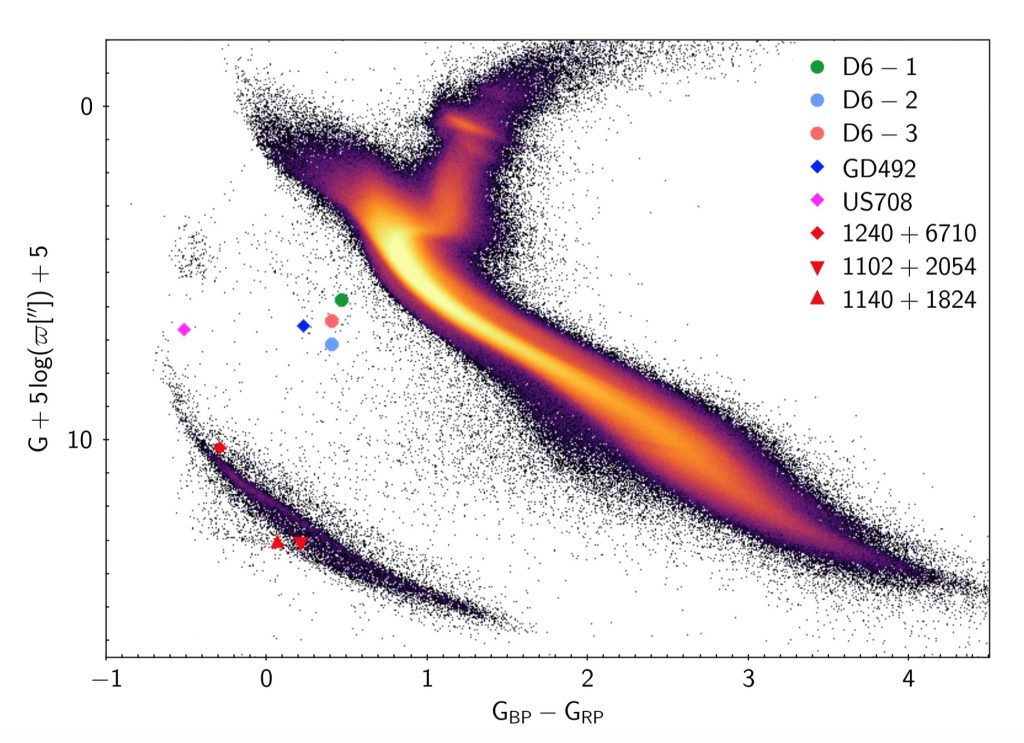 Posted at 12:54h in Press Releases by Mark Hartman

The Southern African Large Telescope(SALT) was recently involved in the identification of a hypervelocity star, flung across the galaxy by a supernova explosion that occurred 90 000 years ago. The discovery of this star and two others may help to solve a decades-old debate on how supernovae occur.

Video animation produced using Gaia Sky showing the path of the hypervelocity star candidate by Shen et al (2018), with its movement exaggerated by a factor of 300 billion times. The path of the candidate is first shown moving forward in time and subsequently going into the past, back to the supernova remnant. The circle indicates the location of the remnant of the supernova G70.0-21.5. Credits: S. Jordan, T. Sagrista. Credits: ESA/Gaia/DPAC, K. Shen, S. Jordan, T. Sagrista

Type Ia supernovae are the thermonuclear explosions of white dwarfs in binary star systems. They are one of the most common types of supernovae and have a fundamental importance as cosmological distance indicators. Despite this, the nature of the binary system and the details of the explosion has remained a mystery. Many theoretical models have arisen over the past few decades to explain how these stars explode, but there have been few pieces of direct evidence that any of these scenarios actually succeeds in nature. Figure 1: Orbital solution of the second white dwarf candidate for the D6-scenario, overlaid with H-alpha images from the Virginia Tech Spectral Line Survey (VTSS, Dennison et al. 1998). The blue trajectory extends 90,000 years into the past, the red trajectory extends the same amount of 90,000 years into the future. The green circle indicates the remnant of the supernova G70.0-21.5. Image credit: Shen et al. (2018)

One model, dubbed the “dynamically driven double-degenerate double-detonation” (D6) scenario, predicts the possibility that the other star in the binary system is another white dwarf that can survive the explosion of its companion. Such a surviving star would be flung away from the system when the gravitational pull of its companion disappeared and would continue zipping away at speeds between 1000 – 2500 km/s.

Shen et al. (2018) searched for such hypervelocity survivors in Gaia’s second data release in April 2018 and discovered three likely candidates. These stars were followed up with ground-based telescopes, including the Southern African Large Telescope (SALT), and found to possess many of the predicted features for survivors of D6 Type Ia supernovae: a lack of hydrogen and strong signatures of carbon, oxygen, and magnesium, as well as luminosities and temperatures unlike almost all other stars.  Furthermore, the past location of one of the stars is spatially coincident with a known supernova remnant, making it highly probable that it was ejected from a system that underwent a supernova. Figure 2: The three hypervelocity candidates are shown here in the colour-magnitude diagram with the green, blue and orange circles. Some other white dwarfs are indicated in this diagram as well. The black circles and colored regions show the reliably measured stars from Gaia. Image credit: Shen et al. (2018).

The combination of Gaia, which precisely measured the high-speed motion of these hypervelocity stars in the plane of the sky, and the ground-based spectroscopic observations, which provided a measurement of the radial component of the stars’ motion, has shown that these are among the fastest freely moving stars in our Milky Way Galaxy.

Much follow-up work remains to be done to ascertain precise characteristics of these stars and the explosions that gave birth to their hypervelocity natures. However, it is very likely that these stars represent the first discoveries of surviving companions to Type Ia supernovae, and that they confirm the success of the D6 “dynamically driven double-degenerate double-detonation” model.

The team undertaking the observations and data analysis was led by Ken Shen, a researcher at the University of California at Berkeley (USA). The SALT observations were taken by Marissa Kotze at the Southern African Astronomical Observatory as part of a program led by Saurabh Jha from Rutgers, the State University of New Jersey (USA).