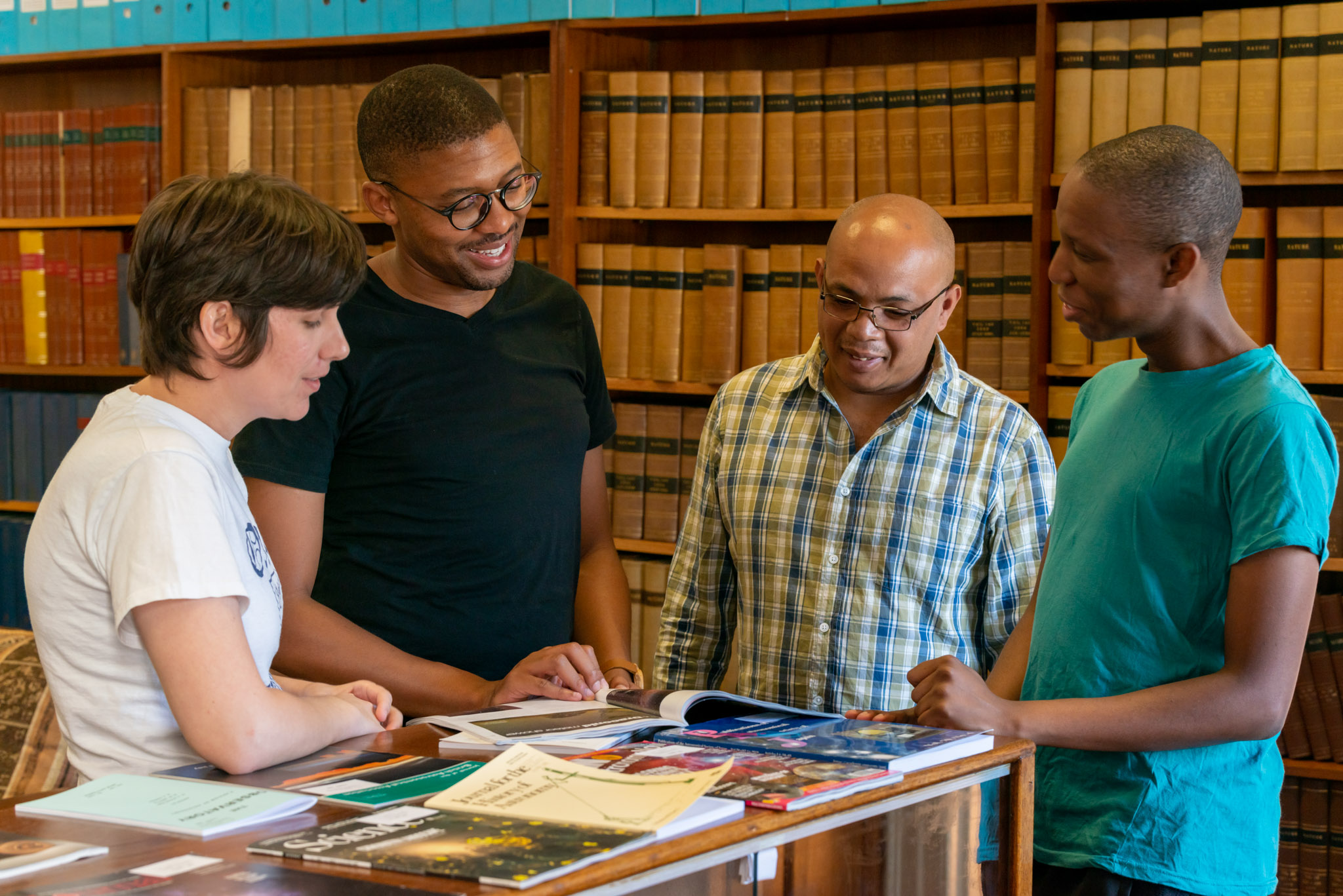 06 May The changing landscape of South African astronomy

Posted at 13:25h in News by Mark Hartman

South Africa is looking forward to hosting the International Astronomical Union (IAU) General Assembly in 2024 — the first on the African continent. The meeting will come at a time of burgeoning scientific prosperity for the growing community of indigenous South African and African astronomers. Some of the recent South African PhD graduates, three of whom came through the NASSP programme, who are now early-career astronomers at the SAAO

SAAO Astronomer, David Buckley, today published an article in the prestigious Nature Astronomy journal on the changing landscape of South African astronomy, highlighting the huge strides made in the development of astronomy in South Africa and the continent as a whole in recent decades, and providing some perspectives on the future of astronomy on the continent:

“the African continent has seen enormous strides in astronomy development over the last ~2 decades, not least being the construction of three major internationally recognized facilities. First came the European-led High Energy Stereoscopic System (HESS), a ground-based Cherenkov TeV gamma-ray telescope array in Namibia, which began operations in 2002. The 10-m class Southern African Large Telescope (SALT), still, the largest single optical telescope in the Southern Hemisphere, was completed in 2005 and is situated at the Sutherland site of the South African Astronomical Observatory (SAAO), which itself was established in 1972. Finally, the MeerKAT radio telescope array situated near the remote Karoo town of Carnarvon, one of the Square Kilometre Array (SKA) pathfinders and now a precursor to SKA Phase 1, was inaugurated only a month before the IAU General Assembly, in July 2018.”