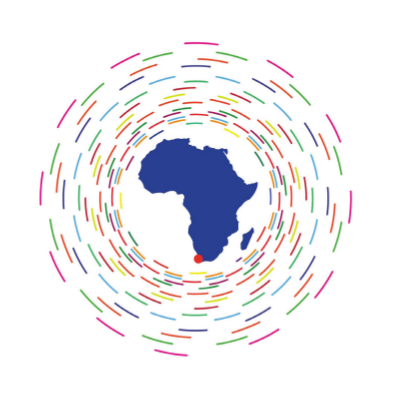 30 Aug The IAU General Assembly 2024 will be hosted by Cape Town, South Africa

Posted at 13:33h in News by Mark Hartman

The International Astronomical Union (IAU) today announced the 32nd General Assembly of the IAU in 2024 will be hosted by Cape Town, South Africa. This will be the first time in the 105 year history of the IAU that the General Assembly will be held on the African continent. The award recognises the incredible strides that African astronomy has taken in recent years.

The South African astronomical community in collaboration with the Academy of Science of South Africa (ASSAf), and with strong support from the South African Government and astronomy stakeholders across the African continent, last week formally invited the IAU to Africa at the 30th IAU GA currently being held in Vienna, Austria.

Africa has a long and rich relationship with astronomy, dating back millennia. The world recognized the unique geographical importance of Africa in global astronomy almost two centuries ago with the establishment of the Royal Observatory, Cape of Good Hope in 1820. Since then Africa’s contributions to global human knowledge have both independently and collaboratively grown from strength to strength.

The beginning of the 21st century has seen a renewal of Africa’s strong heritage of astronomical excellence. The IAU has held Middle East and Africa Regional Meetings since 2008. The Entoto Observatory in Ethiopia, has been operating as an independent research centre since 2013.

Since the establishment of the IAU’s global Office of Astronomy for Development (OAD) in 2011, Africa has become the home of three such regional offices coordinating activities across East Africa from Ethiopia, West Africa from Nigeria, and Southern Africa from Zambia. The mandate of the regional offices is to ensure that the region benefits maximally from the practice of astronomy. In 2017, the 1-metre Marly telescope was installed in Burkina Faso as a research telescope as part of the University of Ouagadougou. Africa is also host to the world-renowned HESS telescope in Namibia. The continent is developing the very exciting African Very Long Baseline Interferometry Network (AVN), and a number of countries are rapidly developing their own astronomy programmes and instruments. At the General Assembly currently underway in Vienna, Algeria, Ghana, Madagascar, Morocco and Mozambique all became new national members of the IAU.

Today, Africa is home to the largest optical telescope in the southern hemisphere (SALT), the largest and most powerful radio telescope in the southern hemisphere (MeerKAT) and will play host to a large part of the international Square Kilometre Array (SKA) Project, whose African partnership includes Botswana, Ghana, Kenya, Madagascar, Mauritius, Mozambique, Namibia, South Africa and Zambia.

The winning bid is particularly timeous as the SKA telescope is expected to start conducting science observations in the mid-2020s.

“The support for the bid from not only astronomers but also industry, academic institutions and government have been phenomenal, and its success is a testament to what we can accomplish through our united efforts. For astronomers, this is like winning the bid to host a Football World Cup or the Olympics. It’s time for Africa! We are excited and look forward to welcoming our colleagues from around the world to the first of hopefully many IAU General Assemblies on African soil.” says Dr Shazrene Mohamed, member of the bid committee, an astronomer at the South African Astronomical Observatory and the University of Cape Town.

The General Assembly in Cape Town in 2024 is an occasion to give voice to Africa in the global astronomical endeavour and will bring attention to the excellent science and education conducted on the continent. It is expected that the opportunity for many African astronomers to take part in one of the world’s biggest astronomy meetings will contribute to an enduring legacy of astronomy on the continent.