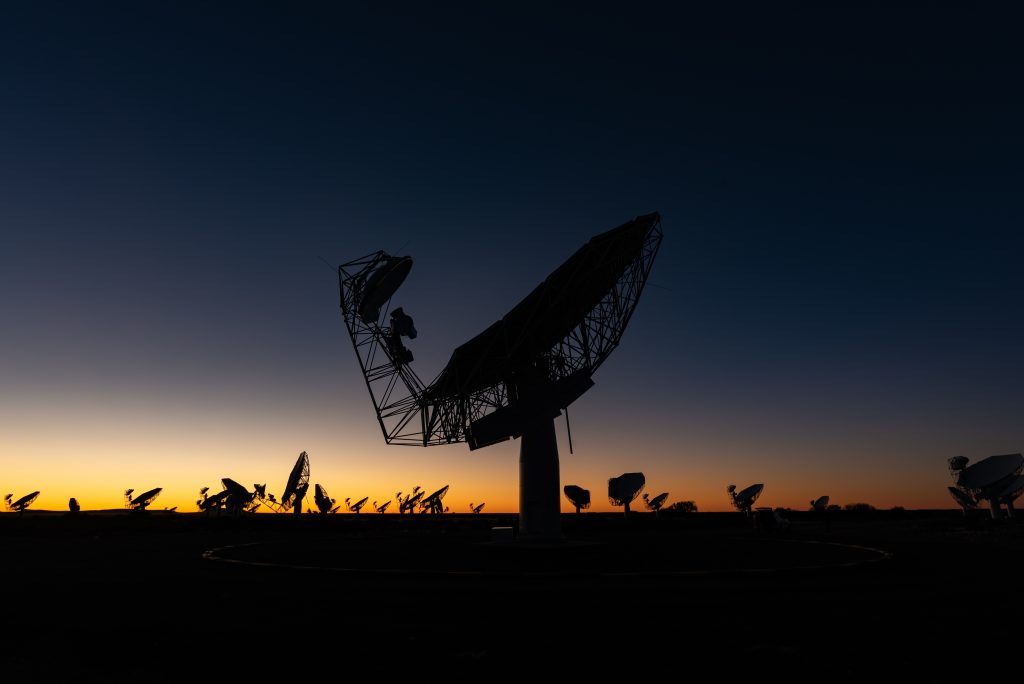 Posted at 11:49h in Press Releases by Mark Hartman The European Space Agency’s (ESA) XMM-Newton X-Ray space telescope recently discovered mysterious X-ray flashes from the active black hole at the core of the galaxy GSN 069, some 250 million light-years away.

On 24 December 2018, the object was seen to suddenly increase its brightness by up to a hundred times, then dimmed back to its normal levels within one hour and lit up again nine hours later.

“It was completely unexpected,” says Giovanni Miniutti, of the Centro de Astrobiología in Madrid, Spain, lead author of a new paper published in the prestigious journal, Nature, today.

“Giant black holes regularly flicker like a candle but the rapid, repeating changes seen in GSN 069 from December onwards are something completely new.”

“The X-ray emission comes from material that is being accreted into the black hole and heats up in the process,” explains Giovanni.

Although never before observed, Giovanni and colleagues think periodic flares like these might actually be quite common in the Universe. It is possible that the phenomenon hadn’t been identified before because most black holes at the cores of distant galaxies, with masses millions to billions of times the mass of our Sun, are much larger than the one in GSN 069, which weighs about 400,000 times our Sun.

“Having access to such a powerful radio telescope has enabled us to compete internationally on major discoveries like this, MeerKAT is yet another world-class telescope available to South African astronomers” said Dr Monageng. (2) From top to bottom, the Chandra, MeerKAT, VLA, and ATCA light curves as obtained during the 2019 February 14/15 X-ray/radio campaign. No significant radio variability appears to be associated with X-ray eruptions. This is a crucial piece of information for interpreting the QPE phenomenon. [credit: G. Miniutti]

Founded in 1820, the South African Astronomical Observatory (SAAO; www.saao.ac.za) is the national centre for optical and infrared astronomy in South Africa. Its primary role is to conduct fundamental research in astronomy and astrophysics by providing a world-class facility to scientists. The SAAO also promotes astronomy and astrophysics in Southern Africa, by sharing research findings and discoveries, and participating in outreach activities to enthuse citizens about physics and astronomy. The SAAO is a facility of the National Research Foundation, which operates under the South African Department of Science and Technology. The SAAO encompasses headquarters in the eponymous suburb of Observatory in Cape Town, and a dedicated research and observation station with several working telescopes (including SALT; www.salt.ac.za) outside the Karoo town of Sutherland in the Northern Cape.

MeerKAT, originally the Karoo Array Telescope, is a radio telescope inaugurated in 2018 consisting of 64 antennas spread over a diameter of eight kilometers in the Northern Cape province of South Africa. It is the most sensitive telescope of its kind in the world and is a precursor to the Square Kilometre Array (SKA) radio telescope, to be built in South Africa and Australia within the coming decade.

The South African Radio Astronomy Observatory (SARAO), a facility of the National Research Foundation, is responsible for managing all radio astronomy initiatives and facilities in South Africa, including the MeerKAT radio telescope in the Karoo, and the Geodesy and VLBI activities at the HartRAO facility. SARAO also coordinates the African Very Long Baseline Interferometry Network (AVN) for the eight SKA partner countries in Africa, as well as South Africa’s contribution to the infrastructure and engineering planning for the Square Kilometre Array radio telescope. To maximise the return on South Africa’s investment in radio astronomy, SARAO is managing programmes to create capacity in radio astronomy science and engineering research, and the technical capacity required to support site operations.