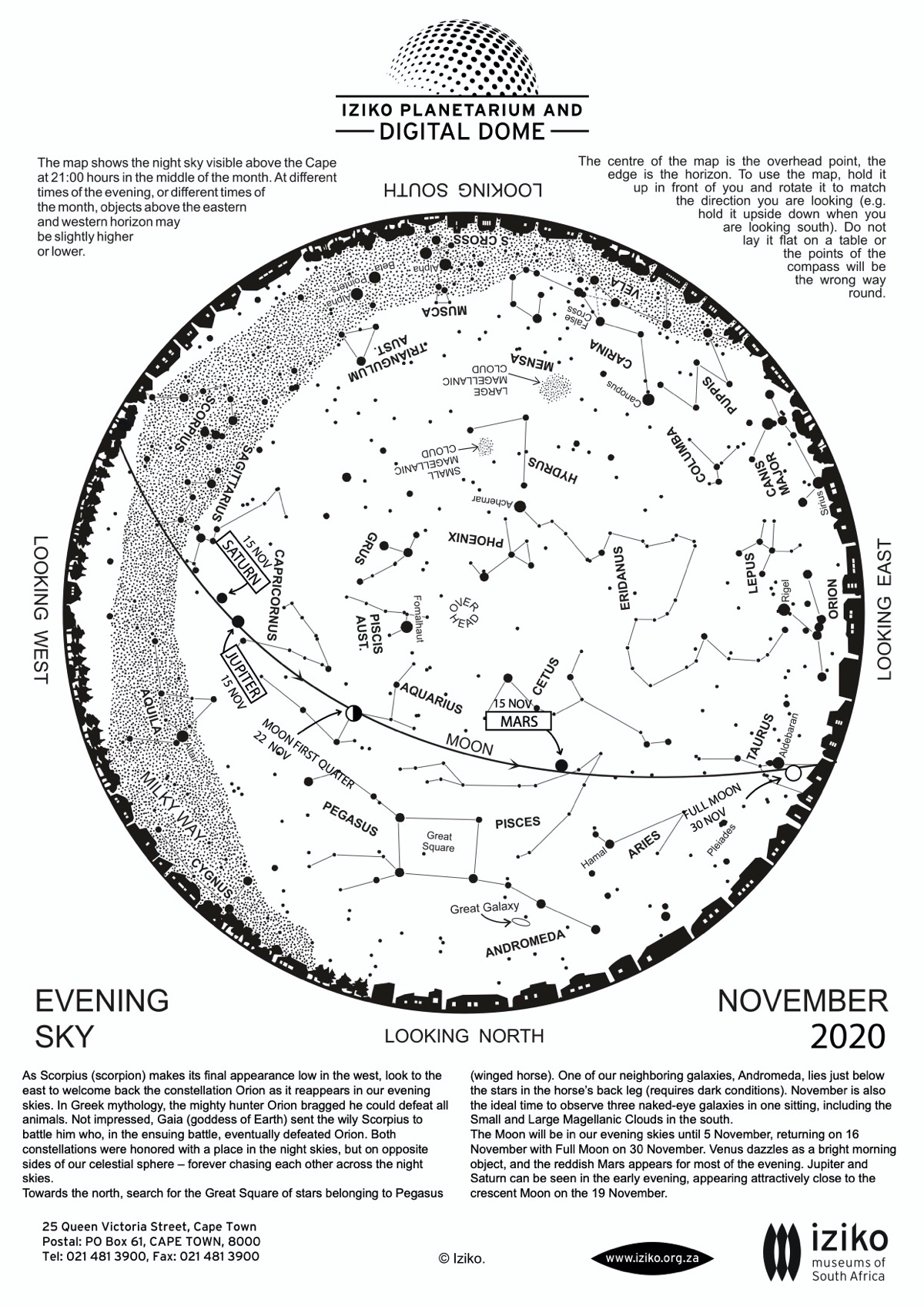 Posted at 11:02h in WhatsUp by Christian Hettlage

To observe the alpha Monocerotids, look east north-east near the constellation of Monoceros for the alpha Monocerotids radiant. The best time to view the alpha Monocerotids is from around 23:00 PM to dawn. They are very fast with some quite bright meteors. You should be able to see around 5-50 streaks an hour during the peak on the night of the 21st/22nd. To view the Taurids, look towards the constellation Taurus for the radiant. The best time to view the showers is from 21:30 PM to 03:30 AM on the nights of the 5th/6th (Southern) and 12th/13th (Northern) November. They are slow moving meteor showers and at their peaks, around 7 meteors per hour are predicted. To view the Leonids, look North-East towards the constellation Leo for the Leonids radiant (area on the sky from which the meteors seem to originate from). The best time to view the Leonids shower is from around 03:00 AM to 04:15 AM. Around 5-10 streaks per hour are expected at the peak of the shower on the night of the 17/18th November.

The Evening Sky Stars
The stars of the Scorpion can still be glimpsed at the beginning of the month, low in the west after sunset, but only the tail is left by the end of November. Low in the northwest, the bright stars Vega and Deneb are likewise still visible on the 1st, but gone by the 30th. November is a good month to look for the Great Square of Pegasus, visible moderately low in the northern evening sky all month. Below and to the right of the lower right hand corner of the square is a double row of stars representing Andromeda (chained to a rock to appease a sea monster), and a dim fuzzy glow visible only on dark nights away from city lights. This is the Andromeda Galaxy, 2.5 million light years away and the most distant object easily visible to the unaided eye. Like our own Milky Way Galaxy, it’s a huge pinwheel of hundreds of thousands of millions of suns, more than a hundred thousand light years across. As galaxies go, it’s one of our near neighbours, and the largest in our local cluster. (Our Milky Way galaxy is the second largest.)

The most distant galaxies we can see are more than 12 thousand million light years away.

The bright star Altair still shines brightly among the stars of the Eagle in the northwest, and the bright stars of the Crane and the Southern Fish are almost overhead in early evening. The foggy glow of the Large and Small Magellanic Clouds can easily be seen in the south (on dark nights away from city lights), with bright Achernar quite near the Small Cloud. Canopus (second brightest star in the sky) is rising in the southeast in early evening, while the Southern Cross and the Pointers are sinking lower in the southwest. The Milky Way is less well placed in November evenings than earlier in the year, low in the western and southern sky.

Rising in the east on November evenings are the stars of summer, with the bright stars of Taurus the Bull, Orion the Hunter and his dogs glowing brightly in the east. The brightest star in our sky is Sirius, the ‘eye’ of the Large Dog, and it often twinkles spectacularly near the horizon, sometimes appearing to flash red and green and producing UFO reports from members of the public who don’t watch the sky often.

The Morning Sky Stars
Regulus can be spotted at the end of Leo the Lion in the NE before dawn, while low in the north are the stars of the Twins, with brilliant Capella just above the horizon in the NNW. A bit higher in the north (above the twins) is Procyon, the brightest star in Orion’s smaller hunting dog. Orion himself is to the west of Procyon (left if you are facing north), holding up his club and lion skin while the Bull charges him from the west. Since Orion, like the other constellations invented in the northern hemisphere, is upside down in our skies, the Large Dog naturally runs above his feet. The stars of the Large Dog include Sirius, which appears brighter to the eye than any other star in our sky. Only 4 stellar systems are closer to the Sun than Sirius (8.6 light years), and it is by far the brightest of the stars in our neighbourhood, giving off more than 20 times as much light as our own Sun. The overwhelming majority of the stars nearest to our Sun are so dim that a telescope is needed to see them despite their closeness. Most of the stars we see in the sky with the naked eye are the rare extremely bright stars that can be seen at great distances.

High in the south are the bright stars of the great ship Argo. Brightest of these is Canopus, second brightest star in Earth’s sky and nearly overhead. Canopus is 15000 times as bright as our own sun, a rare supergiant which is the brightest star within 700 light years of us. If Canopus were at the same distance as Sirius it would be rival the first quarter moon in brightness, and the southern hemisphere sky would seldom be fully dark! If this supergiant star were in the sun’s place at the centre of our solar system, its surface would lie three quarters of the way out to Mercury’s orbit, and a planet with an earth like temperature would have to be three times as far out as Pluto. 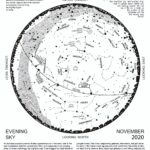