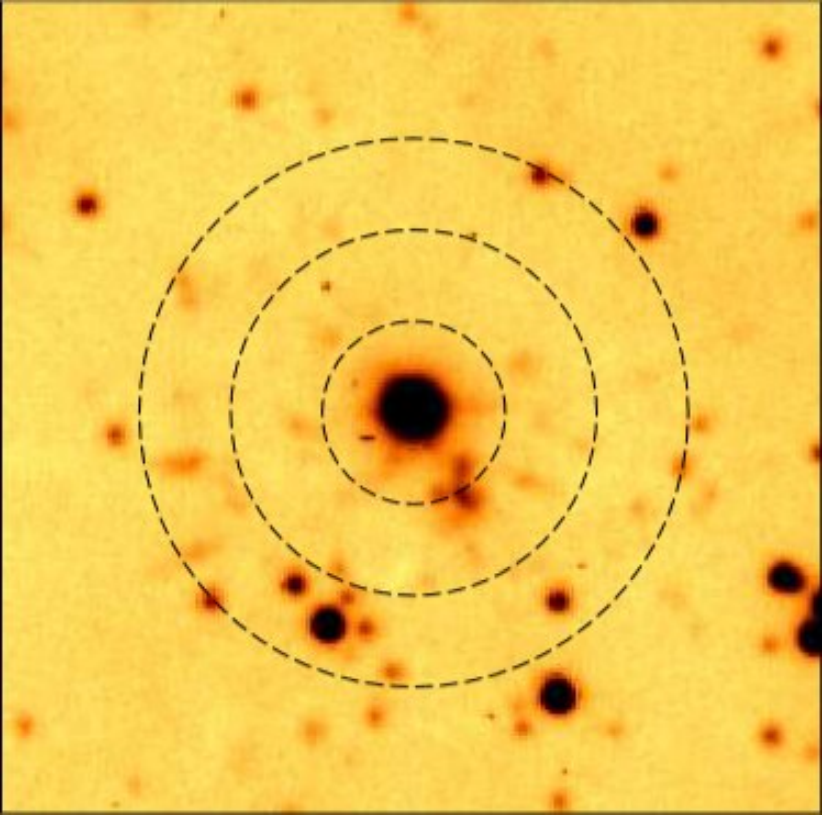 Posted at 09:49h in Press Releases by Daniel 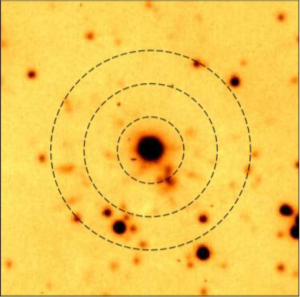 Using the Southern African Large Telescope (SALT), astronomers have conducted spectroscopic and imaging observations of the planetary nebula WR 72. They discovered hydrogen-poor knots in the central part of the nebula, which could be helpful in improving knowledge about the nature of this object. The finding is detailed in a paper published December 23 on arXiv.org.

Planetary nebulae (PNe) are expanding shells of gas and dust that have been ejected from a star during the process of its evolution from a main-sequence star into a red giant or white dwarf. They are relatively rare but important for astronomers studying the chemical evolution of stars and galaxies. Of special interest are PNe exhibiting hydrogen poor material in their central regions. In some cases, the hydrogen-poor material appears as a fan of knots with cometary tails stretched radially from the central star. Detailed investigations of PNe of this type could shed more light on the process of low-mass star evolution.

Now, a team of astronomers led by Vasilii Gvaramadze of the Lomonosov Moscow State University, Russia, reports that the planetary nebula around WR 72, a Wolf–Rayet star of spectral type WO1 located some 4,630 light-years away, is the newest addition to the shortlist of PNe with hydrogen-poor knots. “We report the discovery of a handful of optical hydrogen-poor knots in the central part of an extended infrared nebula centered on the [WO1] star WR 72, obtained by spectroscopic and imaging observations with the Southern African Large Telescope,” the astronomers wrote in the paper.

The study, complemented by data from NASA’s Wide-field Infrared Survey Explorer (WISE), shows that the WR 72 nebula consists of an extended, nearly circular halo (about 7,800 light-years in diameter) and an elongated and apparently bipolar inner shell that contains the hydrogen-poor knots. The observations identified a bright knot to the southwest from WR 72 and a number of faint knots scattered around the star. The astronomers noted that some of the knots are elongated in the radial direction, as in the fan-like systems of hydrogen poor knots detected in the central regions of other PNe known as A 30 and A 78. The research found that the linear radius of the shell of WR 72 is around 0.75 light-years and the typical radial velocity of knots is 100 km/s.

According to the scientists, these results suggest that the shell is about 1,000 years old. More studies of the knots are required, especially deeper and higher-resolution spectroscopy and imaging, in order to determine their abundances and to check whether their spatial distribution and kinematics are axially symmetric. The astronomers clarified that the detection of axial symmetry could mean that WR72 is a binary system. Summing up the results, the authors of the paper suggested the most plausible hypothesis that could explain the origin of WR 72. “Our findings indicate that WR72 is a new member of the rare group of hydrogen-poor planetary nebulae, which may be explained through a very late thermal pulse of a post-AGB star, or by a merger of two white dwarfs,” the astronomers concluded.