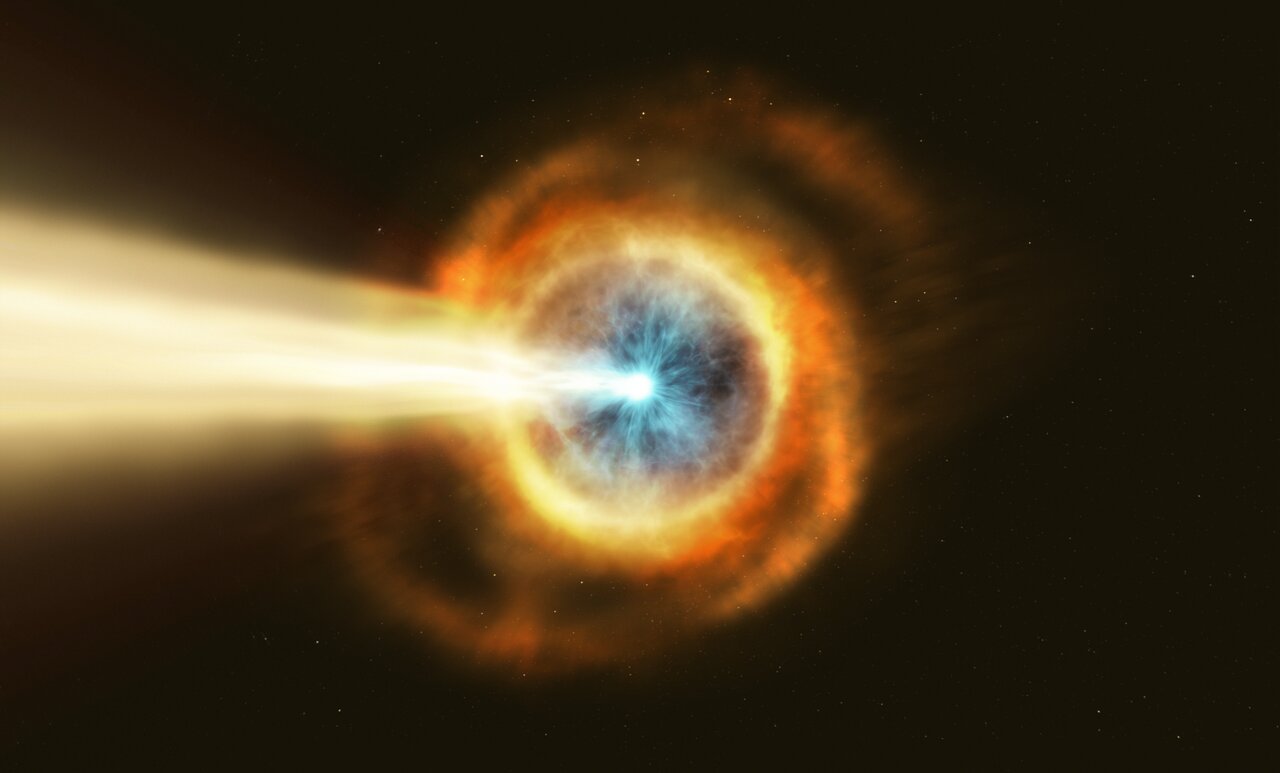 The MASTER-SAAO Robotic telescopes have contributed to the observation of an unusually energetic gamma-ray burst (GRB) which has prompted astrophysicists to rethink the role of magnetic fields in these enormous stellar explosions. Observations made in the burst’s immediate aftermath show that key features of its associated magnetic field mysteriously vanished – a phenomenon that cannot be explained by current theories of how such fields form and evolve.

On 14 January 2019, NASA’s early-warning Swift satellite spotted a flash of gamma rays from an exploding massive star in a galaxy 4.5 billion light-years away. Such flashes occur when a star’s iron core collapses into a stellar-mass black hole, producing two relativistic beams of strongly-magnetized particles. These beams generate gamma rays through synchrotron radiation, and as they shoot outwards from the collapsing core, the particles in them collide with circumstellar material shed by the star in the run-up to its explosion. The resulting shock creates an optical afterglow that can linger for months.

As soon as Swift detected the burst, which was designated as GRB 190114C, it automatically alerted a host of telescopes on the ground. Within 32 seconds, the MASTER telescopes in the Canary Islands and South Africa were in position and recording the burst’s afterglow. The MASTER-SAAO Telescope is part of the Russian Mobile Astronomical System of Telescope-Robots. It consists of two paired 0.4-m telescopes.