Posted at 08:25h in Press Releases by Daniel

The South African Astronomical Observatory (SAAO) will celebrate 200 years of existence as an astronomical observatory on 20 October 2020.

The Royal Observatory Cape of Good Hope was founded on 20 October 1820 and is the oldest scientific institution in the country. Formally, it was controlled by the British Admiralty and was intended for the improvement of navigation. Its main duty was to chart the southern skies and provide a time service for passing ships in Cape Town harbour. In 1971, a decision was taken to amalgamate the major facilities for optical astronomical research into one body, which became known as the South African Astronomical Observatory. 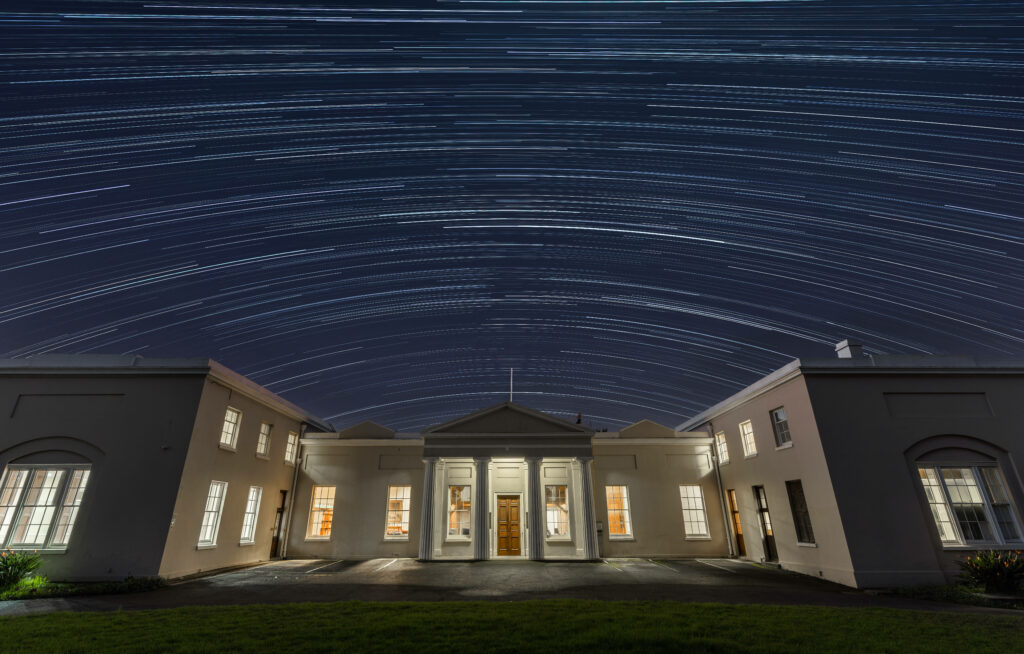 Over the years the observatory gradually became known for various important fundamental measurements and discoveries.

For much of its history, it was the major contributor to positional astronomy in the southern hemisphere. Observations made by the Cape astronomers include the first measurement of the distance to a star,  the first photographic sky survey, the accurate measurement of the distance to the Sun, developments in stellar spectroscopy (which allow us to determine the motions, the temperatures, and even the chemical compositions, of the stars), the determination of the shape of the Earth in the southern hemisphere and the first accurate geodetic surveys of southern Africa.

Today, the SAAO, a National Facility of the National Research Foundation, is a vibrant modern astrophysical institute undertaking research to understand fundamental questions about the Universe. These include tracking the flow of natural elements from stars in galaxies to eventually enabling life, the prevalence of planets around other stars, small bodies in our solar system, and high energy cosmic events. The Cape Town site hosts state-of-the-art workshops for technological development, while SAAO operates the largest optical telescope in the southern hemisphere, the Southern African Large Telescope (SALT) at Sutherland, along with two dozen smaller telescopes. 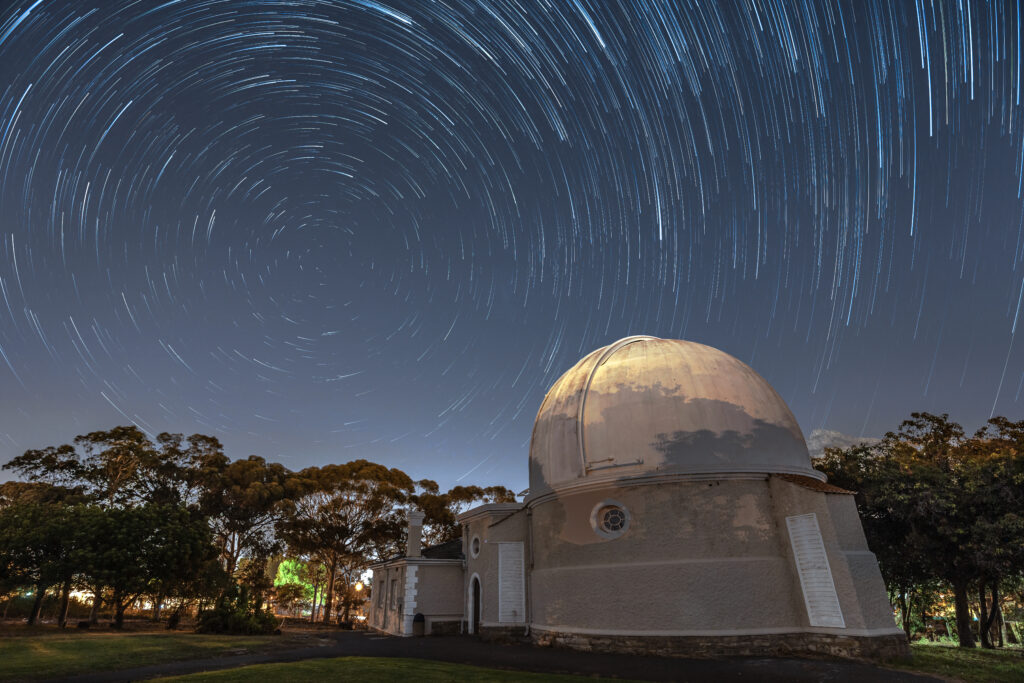 The South African Astronomical Observatory, is not only known for its rich history and various contributions to science, but its buildings are also of special architectural significance. Consequently, on December 21, 2018, the South African Heritage Resources Agency (SAHRA) officially declared the SAAO a National Heritage Site and on October 20, 2020, it will host the Virtual Unveiling of the SAAO as a National Heritage Site. The campus is also of international scientific significance and has been the subject of a UNESCO World Heritage Site report.

The event is scheduled for 10 am on 20 October 2020, at the SAAO in Observatory, Cape Town and marks exactly 200 years since the founding of the Observatory. In order to ensure maximum inclusivity, the event will be live-streamed across the world.

The Department of Science and Innovation(DSI), the National Research Foundation (NRF) and the South African Heritage Resources Agency (SAHRA) will be the co-hosts of the unveiling ceremony. The Minister of Higher Education and Training, Science and Technology, the Honourable Dr B.E. Nzimande MP and the Minister of Arts and Culture, the Honourable Nkosinathi Mthethwa have been invited to participate remotely. This would mark the convergence of Arts & Culture and Science & Technology as components of our National Heritage.

SAAO Managing Director Prof Petri Vaisanen states: This occasion is an opportunity to recall some great scientific achievements.  But more than that, it is an opportunity to celebrate our country’s and continent’s rich heritage in attempting to understand the universe and our place in it. In particular, we want to convey the pure excitement of exploring the amazing universe we are part of, and also highlight the many benefits that science brings to society. The theme of our event is “Beyond 200 Years of Astronomy”, and we see this future full of opportunity, inspiration, and pride in the excellence of decidedly African Astronomy at the forefront of a cutting-edge global pursuit.

The unveiling ceremony will be the pinnacle of celebratory activities during the week of the 19th to the 23rd of October 2020, including an Africa-centred Astronomy Symposium, and a virtual astronomy festival.

The presentations at the symposium will cover a wide range of topics, including, current and future science, the history of astronomy on the continent, as well as cultural and sociological aspects of astronomy. The unveiling ceremony will also launch an extended period of 200 Days of Astronomy focusing on community engagement related activities. 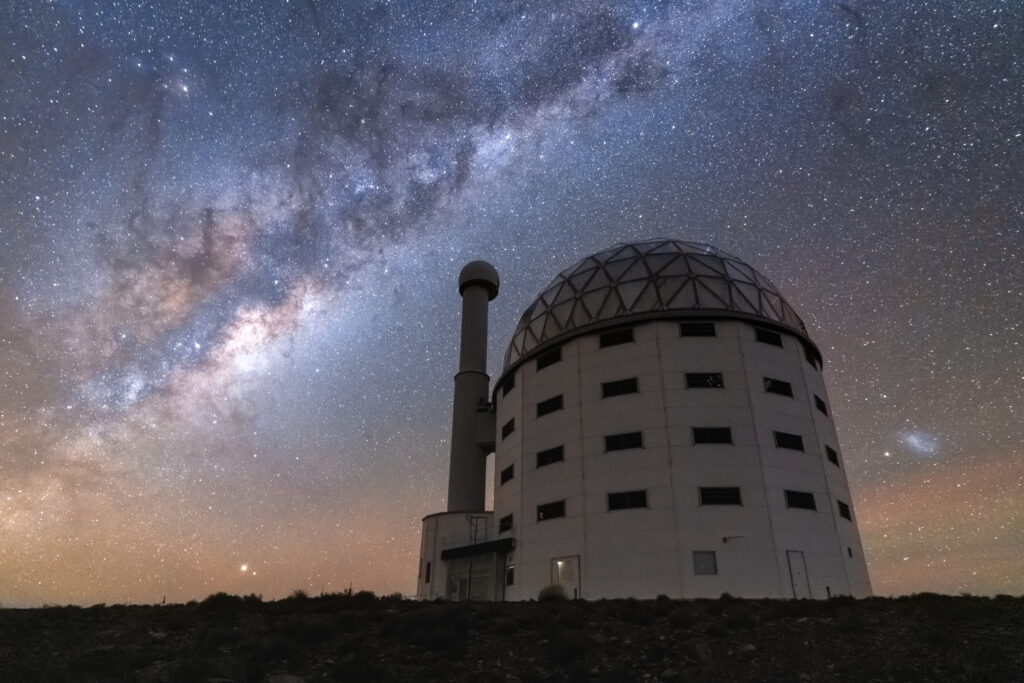 The SAAO will, in collaboration with Scifest Africa, host a joint Virtual Festival to celebrate Astronomy and Space Sciences during the month of October. The SAAO 200 festival will see a series of small events each week in October culminating in the online virtual festival from Tuesday to Friday 20-23 October 2020. This week will see an exciting four-day programme with talks ranging from NASA Missions, searching for life in the universe, astrotourism, to a virtual star-party event with Master KG.

2021 will see the opening of a new Visitors Centre in Cape Town that will target a diverse audience including learners, students, tourists and members of the public. The Centre will house exciting and engaging exhibits showcasing the science and technology of the SAAO and the Southern African Large Telescope (SALT), as well as multi-cultural exhibits featuring African starlore.

Astronomy is expanding across the African continent, with the newly revitalized African Astronomical Society. On the horizon is the biggest meeting on the astronomy calendar, the General Assembly of the International Astronomical Union. The meeting in  Cape Town in 2024 will be the first General Assembly held on the African continent since the establishment of the Union over 100 years ago — securing the recognition of Africa’s contribution to global science.

Major Contributions to Astronomy from SAAO: